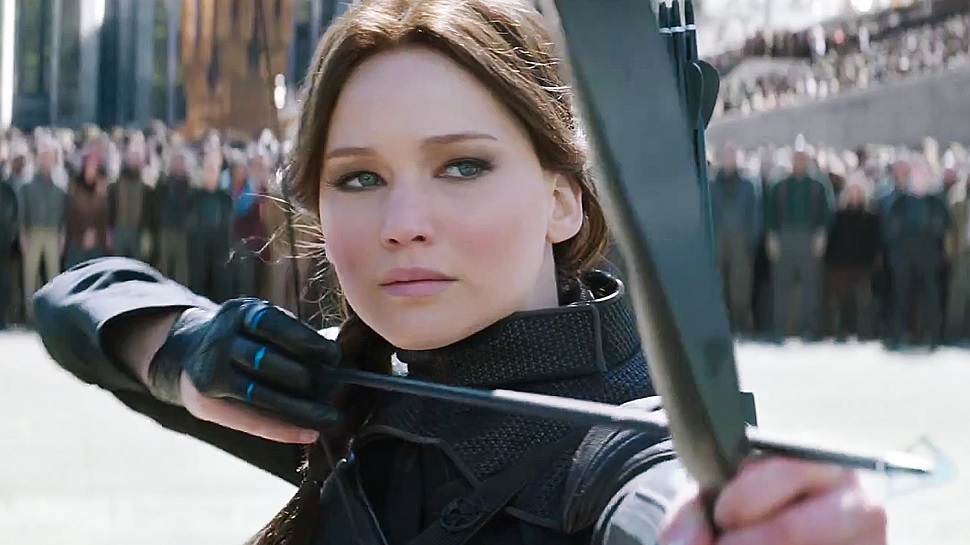 The final movie of the Hunger Games series. Peeta has been “hijacked” which makes things a bit more complicated. Katniss is convinced that President Snow must die. Is it really him that is doing all of this? The leader is important, yes, but if the whole Capitol was against him, I’m sure they would say so. I think it’s just a corrupt society, doing what they know. Defend their luxuries and protect the system that serves them so well. If you got whatever you wanted and didn’t have to lift a finger, you would probably try to hold on to it as well.

It’s time to head on into the Capitol. What waits for the District 13 group is all of the things the Capitol is well known for in the Hunger Games. Muttations, pods( sophisticated boobytraps) and a whole lot of peacekeepers(who I’m guessing are clones, not unlike Stormtroopers). As Boggs says in the trailer: “One way or another, this war’s going to come to an end.” He’s right, but which side is going to win? And what is the definition of winning? Let’s say the rebellion succeeds and takes over the Capitol. Is President Coin that much better than President Snow? Is it possible that we are just replacing one terrible way of running things with another? And most of the districts have been severely crippled, so is there anything to go back to once this is all done?

When there is a successful book/movie series such as this, I always wonder what the author’s intentions were when writing. Did Suzanne Collins just write this as an interesting take on what might happen in the future if we keep doing the same things over and over again? Does she think this is where we will end up? Well, the author has been very open about her motivations. She is very interested in writing books that appeal to girls and boys equally. She writes about the future because it allows her to explore themes that bother her in today’s world, like the huge gap in wealth and how television is very powerful. She thinks it’s important for people of all ages to educate themselves, especially if they are in a situation where access to real knowledge is limited, and to also figure out how to discern what the real truths are. Television is full of propaganda but a large number of people believe everything on TV to be true. I think Suzanne Collins did a great job and I fully recommend you read the books, especially if you liked the movies!

To read a full interview with Suzanne Collins, check out this link: http://www.scholastic.com/teachers/article/qa-hunger-games-author-suzanne-collins