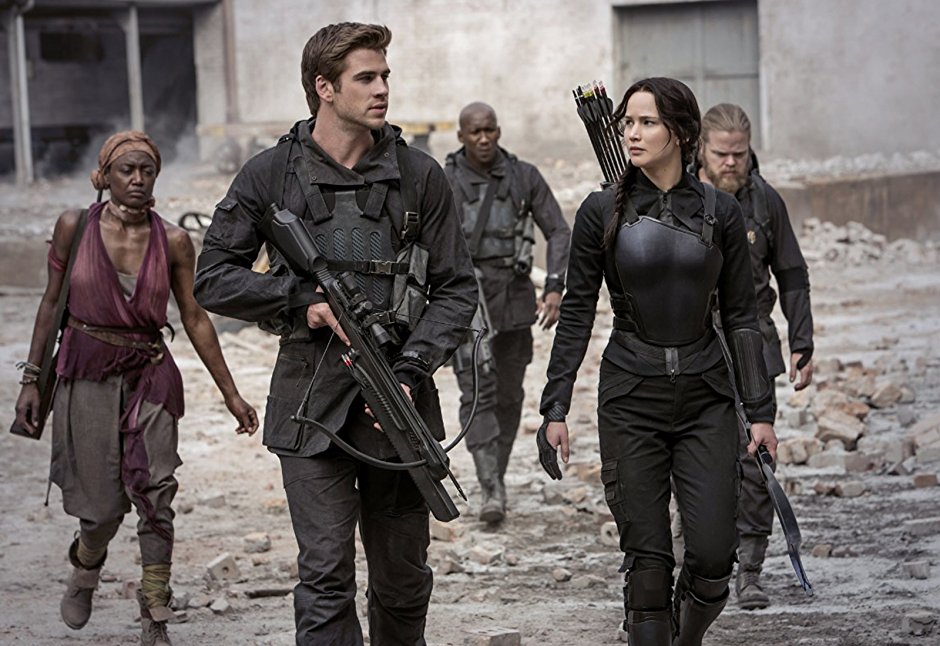 The Beginning of the End

I’ll allow “Hunger Games: Catching Fire” as the title of the 2nd movie, but to include “Hunger Games” in this movie’s title is no longer applicable. Suzanne Collins’ novel is called Mockingjay because the Hunger Games are done. I’m pretty sure the 75th Hunger Games were the last ones ever.

This movie takes place in District 13, which we didn’t know still existed until now. I’m confused by the Capitol. They seem so smart, yet they entrust things like energy generation and weapon development to the districts, and then treat the districts terribly. I think they were very naive to think that this could go on forever. They figured it out early when District 13 was effectively hidden so that they wouldn’t start a war with all the weapons they held. And in this movie we have a District 5 rebellion which knocks out the power grid. I’m still not convinced that the Capitol needs the districts since they are so terrible at management and that their negative actions will have direct consequences. I also think most people of the Capitol realize they have gone too far with these Hunger Games and overall oppression of the rest of Panem. The whole lot of them are in denial and they are lead by a psychopath. So we learn that District 13 is good to go and has been waiting silently for this opportunity. Katniss will be the one to rally the troops and get all of the districts on the same page. The timing is right because most of Panem doesn’t care if they have to die, but they don’t want their children to have to go through the same crappy life they did.

Mockingjay: Part 1, is just the setup for the all out confrontation to come between the districts and the Capitol. District 12 is obliterated, many other districts badly damaged and thousands murdered. What is the point of all of this? To regain freedom. When a society is held down for too long, there are only two options for the oppressors: you either kill them all or work out a deal. Killing them all doesn’t make any sense, because then what? No one is left to care about the result. No one is left to take care of the planet. I can understand why there are many theories about humanity destroying itself. Ultimately many people do not think about the consequences of their actions.