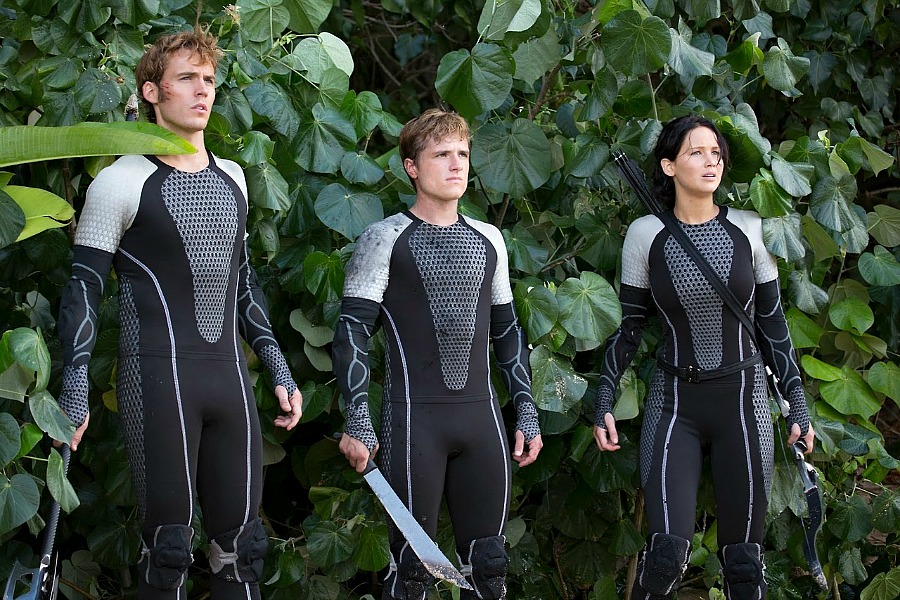 Two people won the Hunger Games! Good? No, not good. The Capitol is pissed off. Before they were just evil and now they are evil and pissed off. What does that mean? Bring back anyone who’s ever won a Hunger Games and is still alive and make an even more insane Hunger Games to have them kill each other off. Oh man, they have the best ideas. Is there a Capitol satisfaction survey I can fill out?

So everything is ramped up everywhere in Panem. Uprisings in the districts, tons of secret Katniss fans, Katniss and Peeta get to live with their families in the Victors Village but the rest of the district is treated even worse? It’s obvious that what happens next in this world is going to depend on who wins this special Hunger Games event. You know that the Capitol will try to make it as brutal as possible too. What happens when you put all the winners together in one arena? Well, some of them are traditionalists and think they still need to kill everyone, but the smart ones realize this is a chance to work together against the Capitol. In this Hunger Games there are very smart people, who have been in this situation before and have had a lot of years to figure out ways to circumvent the system. But the Capitol is very advanced and trying to outwit them is still very dangerous. We hear rumblings of a rebellion but if they are able to escape from the arena, will there actually be someone waiting for them? So many unknowns. We see and know what Katniss knows and they keep her in the dark because she is unpredictable. The end of the games is a huge mess. It was never safe for everyone involved to sit down before the games and explain how they were going to execute the plan. Too many secrets, too much risk. So they are stuck with a lot of disconnected pieces of a plan. The only thing that is really clear is that there is no going back to the way things were. And instead of just 23 kids dying, entire districts may be at risk.

I’ve always wondered about the setup of Panem. If the Capitol relies on each district to provide necessary resources, how does it make sense to threaten destruction of a district? My theory is that the capitol doesn’t really need the districts at all. Having them provide resources is a way of keeping them busy and making them appear necessary. The Capitol has extremely advanced technology. If they wanted to extract coal from a mine, they don’t need District 12 workers to mine it manually, they probably have a machine for that. District 4 is another example. Does the capitol really need a fishing district? I’m sure they have machines for that too.