A movie like Mom and Dad is a tough sell.

It’s a comedic horror movie starring Nicolas Cage and Selma Blair that’s central conceit is about an epidemic spread through airwaves that flips a switch in the brain of all parents making them immediately want to kill their children.

From the creator of the “Crank” movie series

It’s an intriguing idea, one probably more adept to a straight horror movie than a black comedy but in the right comedic hands, I’m sure some laughs could be had.

Writer/Director Brian Taylor’s hands are assuredly, not the right ones.

From the creator of Crank, Mom and Dad feels like an extension of the bafflingly two-movie series.

Everything is turned up to 11, from the performances, the violence, the bewilderingly awful musical cues and the editing, with every shot cut within an inch of its life.

Every problem the film has stems from it’s creator’s off-the-wall style.

The issues don’t stop there.

It’s a tone deaf 30 minute extension of the Fresh Prince’s “Parents Just Don’t Understand”, except this is supposedly geared towards adults

To begin with, the film repeatedly makes it clear that these parents (if not, according to the film, all parents) already hate their children.

This fact is repeatedly played for laughs in the film’s manic paced first act; the parents and children absolutely despise each other.

It’s a tone deaf 30 minute extension of the Fresh Prince’s “Parents Just Don’t Understand”, except this is supposedly geared towards adults.

Scene after scene, the audience is hammered with hackneyed jokes that seem to miss the point of either generation it is attempting to skewer.

Even in the film’s bafflingly deployed flashbacks, likely intended to show a little heart, the small moments they share with their children act as more proof to how ugly these characters and their relationships are.

If there is a point to any of this, Taylor forgets to make it.

Add in a unhealthy dose of way too casual racism, and you are left with an incredibly juvenile film with not much going for it.

So what works?  Patented Cage-ness

Well thankfully, once the film settles into it’s central set piece (which takes nearly half the running time to get to), the movie’s horror roots begin to show.

There are some genuinely suspenseful bits during the extended house sequence, which sees Blair and Cage’s title characters trying to track down and end their children for good.

It’s also in these moments, that Nicolas Cage is seemingly let off his leash and gets to deliver some truly manic (and oh so wonderfully awful) patented Cage-ness.

There are some absolutely killer line deliveries during these scenes that are sure to make their way into lots of Cage WTF YouTube compilations for years to come.

Selma Blair is given the slightly more mature role, but doesn’t fair as well with her spoiled-mother performance approaching the awfulness of Cage’s, but sadly without any of the campy charm.

Off-the-wall Cage antics and small bits of visceral terror aside, the movie ultimately does collapse under its own weight delivering a climax that just sort of sits there, begging not to be scrutinized any closer.

It feels like a first draft ending. One that Taylor knows he didn’t quite nail, always intended to rewrite, but just decided to slap on a punk song on and smash cut to the credits. 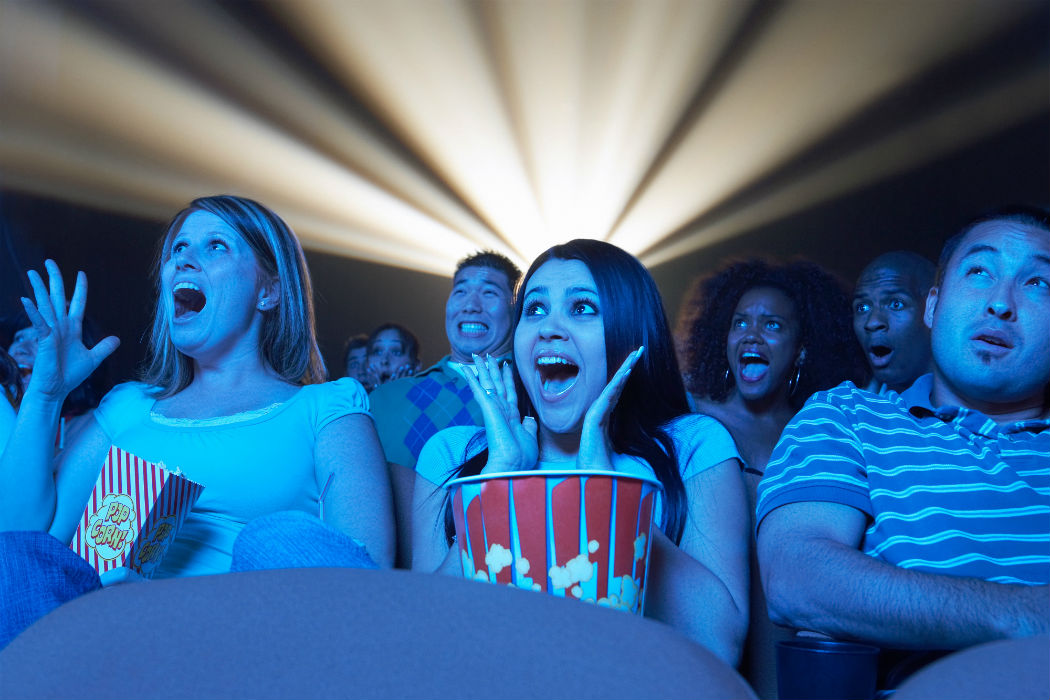 The film played decently well to the late night TIFF audience I saw it with, so I’m sure there’s an audience out there for it.

Most likely Cage-fanatics and perhaps fans of off-the-wall splatter fests (the movie does sport a truly well done bit of Grindhouse-styled opening credits).

Whoever that audience may be, it does not include me.

Even for horror fans (of which I am a massive one), I’d recommend passing on this movie at all costs. A lot of movies, horror especially, deal with dark subject matter.

But it takes a keen eye to make sure that these subjects are not explored with a cynical bite to them.

Leaving the darkened theatre, all I could think was just how mean the film felt, something I can count on one hand I’ve felt from other horror films over the years.

Andrew Helmer is an avid film watcher who sporadically writes things too.